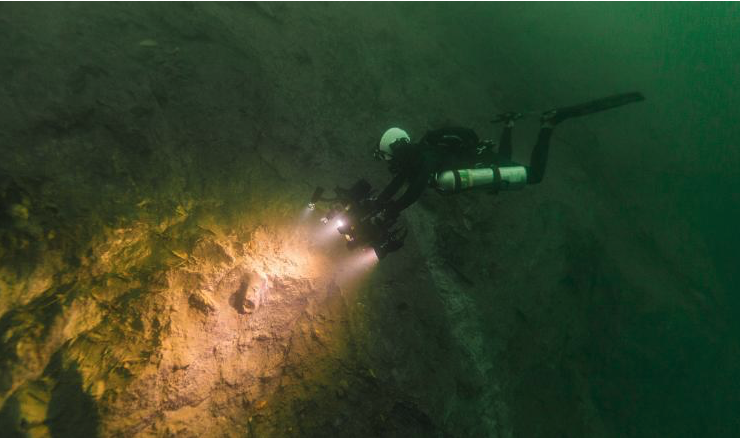 (CNN) - Fossil discoveries are exciting on their own, but sometimes, they carry even more information about the past. Newly uncovered fossils from an extinct giant ground sloth that lived in Belize 27,000 years ago provide a portrait of what the climate was like for the last year that the sloth was alive, according to a new study.

The tooth revealed that it contained tissue through cathodoluminescence microscopy, which can show how much something has fossilized. The researchers drilled for samples of orthodentin, a type of dense tooth tissue, from the nearly 4-inch-long tooth.

During the sloth's lifetime, Belize wasn't the jungle it is today. It was dry and barren. The Last Glacial Maximum had trapped most of Earth's water in glaciers and polar ice caps. The sea level and water tables were lower, and water was hard to find.

The giant ground sloth, which could reach over 13 feet tall, was desperate for water. It found relief in a deep sinkhole, but it was never able to climb out.

Divers searching for ancient Mayan artifacts in a natural pool in Cara Blanca in 2014 found a humerus, a femur and part of a tooth belonging to the sloth. The area is a system of 25 lakes and cenotes, or natural sinkholes.

"This allowed us to trace monthly and seasonal changes in the sloth's diet and climate for the first time, and also to select the best part of the tooth for reliable radiocarbon dating," Stanley Ambrose said in a statement. He's a study author and University of Illinois at Urbana-Champaign anthropology professor.

"We were able to see that this huge, social creature was able to adapt rather readily to the dry climate, shifting its subsistence to relying upon what was more available or palatable," said Jean Larmon, lead study author and graduate student at the University of Illinois, in a statement.

Lisa Lucero, study author and University of Illinois at Urbana-Champaign anthropology professor, said, "This supports the idea that the sloths had a diverse diet. That helps explain why they were so widespread and why they lasted so long. It's likely because they were highly adaptable."

But it also reveals that might have led to their downfall..."