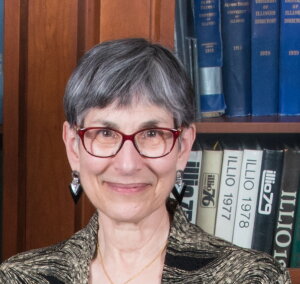 The Mississippi is the river that made America. It was a corridor of culture, civilization and commerce for more than a thousand years. The Mississippi looms large in the American imagination and even larger in the factual history of our nation. The longest stretch of the river borders the state of Illinois and it is impossible to understand the development of Illinois without reference to the river. The Mississippi River played a preeminent role in Illinois, in the river towns along its course and in inland communities. The Mythic Mississippi is a major public outreach and engagement project of UIUC and UIS that will positively impact downstate Illinois communities through deployment of their cultural heritage resources for economic and social development by means of creating multiple regional-level heritage tourism trails that will link local towns. We are working collaboratively with local governments, businesses and community partners in the towns chosen by the project.
This project co-directed by Helaine Silverman and is led by CHAMP/ Collaborative for Cultural Heritage Management and Policy at UIUC in partnership with the Public History Program at UIS. The project is supported by University of Illinois system-wide grant from the “Presidential Initiative to Celebrate the Impact of the Arts and Humanities.” Full details about the project are available on its website: mythicmississippi.illinois.edu

Many critical heritage scholars have studied World Heritage Sites in the developing world where concern usually centers on advocacy for equitable economic benefit from these sites, community stakeholder voice and involvement in site management, respect for local cultural values including access to them, tourism strategies that do not damage social sustainability of the local community, and discursive space for local interpretations. But these same issues are in play at various WHS in the most developed countries. Durham WHS is an especially clear example. It sits in an economically depressed region in northeast England where the historical significance and architectural glory of the Durham Cathedral and Castle WHS contrast sharply with the devastated coal mining communities in the surrounding countryside. My project — conducted with Dr. Andreas Pantazatos (Cambridge Heritage Research Centre, University of Cambridge) — involves an institutional ethnography of the administrative sectors of Durham WHS and attention to the socially and economically struggling catchment area. While the official heritage sector eagerly promotes the WHS and the UNESCO philosophy of “cultural heritage as patrimony of all humankind” and “cultural heritage is the basis of identity and thus well being”, we learned that in England the WHS is perceived as national heritage with few visitors knowing or interested in its global status. In the countryside we have been interested in the nature of engagement of local communities with the Cathedral (there appears no interest in the Castle, which today is the showpiece of Durham University). The project  has become especially interested in the heritage discourse and heritage performances of the former pit villages as this relates to the construction of local identity and inserts itself into economic and social sustainability of these pit villages. Please click to read our first publication: “Memory, pride and politics on parade: the Durham Miners’ Gala“, by Andreas Pantazatos and Helaine Silverman. IN: Heritage and Festivals in Europe, edited by Ullrich Kockel et al, pp. 110-127 (Routledge, 2020).

Ironbridge Gorge became a World Heritage Site in 1986, the first of Britain’s industrial sites to be so inscribed. Ironbridge Gorge has been a tourist attraction for centuries – its eponymous bridge regarded as a beautiful engineering marvel at the time and its metallurgical activity similarly a source of wonder, in addition to appreciation for the rich variety of consumer products emanating from its industries. Well managed and advertised for decades before the World Heritage List designation as the “Birthplace of the industrial Revolution”, I became intrigued by the continuing dominant scripting of the gorge as “national heritage” even after 1986 “world heritage” designation. This project examined the institutional management of the gorge, local resident and visitor attitudes toward it, and the manifold concepts of value ascribed to it by different parties. Click to see the powerpoint about the issues I raise.

4) Tourism, Identity and the Built Environment in Cuzco, Peru

At the start of the new millennium I became fascinated by the agenda of a brilliant mayor who sought to use the heritage of the Incas to promote major social, economic and political development in Cuzco. Under Mayor Daniel Estrada the municipality of Cuzco “enhanced” the ancient Inca fabric of the historic district through its prolific erection of Inca-themed monuments so as to create “a new Inca Cuzco.” My project interrogated these monuments in terms of the municipality’s official discourse about identity, cultural heritage, and tourism, and the vernacular discourse and behavior of local residents, national tourists, and foreign tourists in the historic zone. Municipal hyper-Incanization downplayed Cuzco’s Colonial and Republican period occupations and contemporary realities in favor of a romanticized Inca era. What actually was being commemorated in Cuzco? What and who was included or excluded in this evolving urban script? The monument program was not generated by “the public.” Nevertheless, the municipality’s monuments are civic in nature and public in access. I was interested in the decision-making process. Speeches by various city officials revealed that the municipality was publicly promoting incanismo (reverence for the Incas) and cuzqueñismo (local Cuzco identity) as an “imagined community”. But even though the municipality re-shaped some of the form of the historic district, it could not control the meanings ascribed to its endeavors or the interpretations that have occurred since. And I have been interested in new “Inca” initiatives in the historic center since Mayor Estrada left the scene. The relationship between the Municipality of Cuzco and the Ministry of Culture is often antagonistic as Cuzco is both a national monument and World Heritage Site, as well as the epicenter of tourism in Peru. Cuzco is a fascinating research venue with countless opportunities for investigation. Click on the titles of the publications listed below to see some of the products of my long-term passion for this place.
(2020) The Inca in the Plaza. Debating Change in the World Heritage Historic Urban Center of Cusco, Peru. International Journal of Heritage Studies 26 (11):   1-17.
(2013) Cuzcotopia: Imagining and Performing the Incas. In Heritage and Tourism. Place, Encounter, Engagement, edited by Russell Staiff, Robyn Bushell and Steve Watson, pp. 128-151. Routledge.
(2012) The Space of Heroism in the Historic Center of Cuzco. In On Location: Heritage Cities and Sites, edited by D. Fairchild Ruggles, pp. 89-113. Springer.
(2008) Mayor Daniel Estrada and the Plaza de Armas of Cuzco, Peru. Heritage Management 1(2): 181-218.
(2007) Contemporary Museum Practice in Cusco, Peru. In Archaeology and Capitalism. From Ethics To Politics, edited by Philip Duke and Yannis Hamilakis, pp. 195-212. Left Coast Press.
(2006) The Historic District of Cusco as an Open-Air Site Museum. In Archaeological Site Museums in Latin America, edited by Helaine Silverman, pp. 159-183. University Press of Florida.
(2002) Touring ancient times: the present and presented past in contemporary Peru. American Anthropologist 104 (3): 881-902.

5) Tourism, the Built Environment and Local Society in Phimai, Thailand

UNESCO maintains a “World Heritage List” of cultural and natural sites deemed to have “outstanding universal value” for humankind. Although some countries pursue inscription on the WHL as a means to protect an important site, more typically cultural economics and politics are the motivating factors behind the nomination. Thus, countries covet the prestige this international recognition conveys. Also, the UNESCO imprimatur is desired as a vehicle for enhancing the tourism appeal of a site and the concomitant economic benefits tourism is widely believed to bring. Thailand has proposed the ancient Khmer temple of Phimai for inscription on the WHL. The temple is a large, iconographically rich construction, located in the middle of the small, eponymous town. Although other studies have been conducted on the manifold impacts of World Heritage listing on sites and communities after inscription on the WHL, this project was designed as a longitudinal impact study of the World Heritage process beginning at the time of nomination and continuing as the required site management plan is being implemented and subsequently. Phimai offers a superb opportunity to anticipate and then follow and assess the benefits and drawbacks of WH status on the community of stakeholders in immediate proximity to a nominated site. At issue are the cooperation and conflicting agendas among official heritage and tourism institutions and the local community at Phimai, as well as the discourse of cultural heritage at each level. My project addresses important issues such as contestation and negotiation of heritage, social sustainability, production of local and national identities, heritage management, and the relationship of cultural heritage to tourism. As of 2020 Phimai still has not been approved by UNESCO’s World Heritage Committee as a World Heritage Site. The first publication from this project is available here (click): “The Ruinscape: UNESCO, the State, and the Construction of Identity and Heritage in Phimai, Thailand“. IN: Finding Solutions for Protecting and Sharing Archaeological Heritage Resources, edited by Anne Underhill and Lucy Salazar, pp. 33-53. (Springer, 2016)