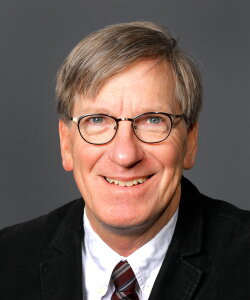 Dr. Pauketat is an archaeologist interested in the broad relationships between history and humanity, materiality and agency, affect and ontology, and religion and urbanism. His focus is on North America, and his concerns range from local historical ones, particularly in the central Mississippi valley, to pan-American and big-historical ones, especially as they involve Mesoamerican-Southwestern-Mississippi valley connections. He has conducted most of his field research at and around the American Indian city of Cahokia or related complexes, having held posts at the University of Oklahoma, the State University of New York (Buffalo) and the University of Illinois.

2018 Archaeology and Ancient Religion in the North American Midcontinent. Edited by B. Koldehoff and T. Pauketat. Tuscaloosa: University of Alabama Press.

2013 An Archaeology of the Cosmos: Rethinking Agency and Religion in Ancient America. London: Routledge.

2001 The Archaeology of Traditions: Agency and History Before and After Columbus. Edited by T. Pauketat. Gainesville: University Press of Florida.

1997 Cahokia: Domination and Ideology in the Mississippian World. Edited by T. Pauketat and T. Emerson. Lincoln: University of Nebraska Press.

1992 Lords of the Southeast: Social Inequality and the Native Elites of Southeastern North America. Edited by A. Barker and T. Pauketat. Washington, DC: American Anthropological Association.