A recent article in the Yearbook of Biological Anthropology highlights sepsis's unequal effect on Black, Indigenous and People of Color. The authors, Illinois Anthropology Professor Jessica Brinkworth and doctoral student Grace Shaw analyze data to show that the reasons behind those disparities lie in segregational and socioeconomic inequalities rather than biological differences.

The article underlies concerns the authors shared for years, which emerged even more urgently around March 2020. It was when they were invited by the YBA to write a piece on COVID for the 2021 issue.

Writing this piece was proving a challenge: Dr Brinkworth and Ms. Shaw had this ongoing conversation with each other about the excessive amount of thought-pieces published over the first five months of 2020 - all highlighting how COVID had this disproportionate impact on Black, Indigenous and People of Color.

“On the one hand,” reminisces Dr Brinkworth, “the attention drawn to this deeply uneven impact was a good thing - maybe action would happen. On the other hand, a lot of these pieces were presenting COVID impact as if it were a new thing. COVID was new, sure. The impact was not, because this pattern has been well known and studied for decades.”

The lack of context in this poorly contextualized burst of interest, both helped the authors and bore the potential for negative impact of convincing a reader that sepsis, or other diseases were no longer a concern. Dr Brinkworth and Ms. Shaw found the trend concerning, as they were running across pieces talking about inherent differences between people, or describing COVID’s impact as somehow special, or, worse, focusing exclusively on this impact within the US.

“It was our sense, at the time,” says Dr Brinkworth “that there was plenty of data already available showing that a) that the effects of marginalization far outstrip the effects of a given pathogen and b) this is the global and regional pattern worldwide -if you are economically and socially marginalized you are more likely to get and die of sepsis - whether that marginalization is happening via colonial politics of global markets or via the persistent effects of colonial activities in your neighborhood.”

These observations are not without curricular implications, explains Dr. Brinkworth. On the one hand, the authors observe that the field of biological anthropology, more or less, focuses on diseases of concern to colonial armies (e.g. malaria). As a result, the biological anthropology curriculum, often the only human biology major a student may interact with before medical school, may not lend a place to sepsis, the leading infectious disease killer worldwide for decades, centuries, and, likely, millennia. Sepsis literacy among practicioners is, therefore, irresponsibly poor, and many clinicians are not aware of the impacts of racialization on health.

Dr. Brinkworth and Ms. Shaw wondered, therefore, why a field calling for battling race science would remain silent regarding the infectious disease that kills most people worldwide in the context of racialization and marginalization; why, instead, it would spend time talking about disease disparity in the context, for example, of malaria distribution vs thalassemia and malaria distribution. Considering that malaria causes sepsis too and the effect of lived experience on infectious disease outcome, the fixation on this style of teaching was not making sense. It was giving the wrong impression that biological anthropology only addresses disease disparity if that can be connected to a highly penetrant genetic trait, which breaks out on lines of ancestry.

So, the researchers took on the task of diving deep into this pattern, discussing its origins, what perpetuates it, and the need to assume responsibility for it, instead of merely listing SARS-CoV-2 as an agent of sepsis, like so many other agents. They took into consideration global and regional perspectives, and thus, were able to illustrate how the many pat explanations circulating about why there were disparities in COVID-19 incidence and outcome by identity were not showing the whole picture.

The piece came out a year later than it was intended to initially and is committed to a future practice, which Ms Shaw emphasizes: “As you see similar threads present in sepsis research and predominately who it affects you begin to feel compelled to highlight the disparities that are not always explicitly stated. We felt it important to center the people affected by sepsis in hope of centering a more equitable future in sepsis management and treatment. 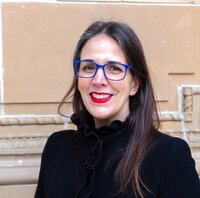 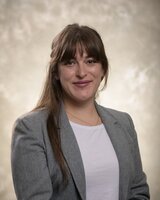